#theworkshop Tailor for Zacharias Crafts in the mornings and a man of many talents at nights.

This is Andrei Yakovlev, born in 1994 in Cyprus. He moved just a year ago to Athens after spending 6 years in Berlin. We are lucky to enjoy his multicultural company every day at Zacharias Crafts workshop. He is a perfectionist with the sewing machine (he was taught how to sew his own clothes by his mother when he was around 14 years old). Apart from working with us, he is an experimental music composer and furniture designer (mostly focused on ceramic and 3D prints) with a strong minimalist voice. Soon he will be launching his very own design studio in Athens, I can’t wait to see it.

We see him sewing at his working station, headphones with music on, serious look, eyes looking away, probably traveling somewhere else with his thoughts, while his hands move almost completely automatically, but still controlling what he does and responding the ones around with a smile in his face…

How does it feel to live in Athens these days?

During the lockdown it felt kind of good because the streets were empty, the air was clean… now it feels kind of different, but not in a bad way.

Not in a bad way?

It feels different, because it feels calmer in a way, before the lockdown everything it was more chaotic and dirtier.

I know you love taking care of plants, or having them around, and that you have made a collection of more of 100 plants at your own place, were you always so much into it?

No, not really, I got into it when I was living in Berlin because in the winter everything was so grey. So I wanted to make my environment more pleasant, and plants were the easiest solution for me. when I was going back and forth from Berlin to Cyprus I understood how rich the natural environment in Cyprus, so that's how my appreciation for plants grew to the point where I always come home with cuttings from something that I’ll try to grow at home.

How old were you when you moved to Berlin?

Do you miss Cyprus?

What do you miss the most about it?

I miss the fact that when I am there I can take the car and have the freedom to go wherever I want, within 40 minutes I could be by the beach or on the mountains, or I could go to the beach and then pass by the mountains on the way back if I wanted to. And every city there has a different vibe, and everything feels so accessible (if you have a car). There I feel much more connected with nature. Athens is really nice also, but I feel that without a car here I'm very detached from nature.

So your mother is from Russia, your father from Cyprus, you grew up there but, you were studying in an English school, for what I understand you were speaking from an early age most of the time… English?

It was a mix of three languages, Russian, English, and Greek.

How does it feel to have 3 languages so deeply rooted in your mind?

It feels good because I believe that in each language I have a different way of thinking, Russian is a bit more conservative, English a bit more negotiable, and then Greek or “Cypriot Greek” in my case is freer for me, I can say things without necessarily saying them “properly” by properly I mean a bit more like slang. It’s in a way more detailed and emotional for me.

So do you feel more relax talking in Greek?

Yeah, because I don’t feel it so rigid, I’m talking about the Greek I use in Cyprus because Greek in Greece is more complicated for me, there are a lot of words and expressions that I’ve never heard before. In Cyprus, it’s common to mix a lot of English with Greek which is more similar to how I communicate. It is like shortcutting through language.

How would you describe your music?

(Andrei laughs) I would describe my music as experimental ambient with some noise elements, a few melodies every now and then, but mostly I try to keep it ambient and droney. Sometimes people might perceive it as just noise or something else but it’s a collage of sounds. So it’s hard to say exactly what it is.

So, what is Ambient Music more or less?

The way I see it, it is mostly easy listening ambiance that doesn’t necessarily have beats or lyrics. Basically it shouldn’t make you want to dance.

From all of your creations (sound, fashion, object, and now ceramic) I can feel a big desire for what I would call: a dark strict abstract Minimalism…

...Often nearly being from the Brutalism school.

Yeah, the dystopian element does exist in what I do… For clothing, I would say I’m into sleek minimalism with organic elements. For example, I like doing this kind of stitches that are called scar-stitch, so it looks like skin that was cut and sewn back together. And for ceramic, it's like modernizing neolithic shapes, kind of like ancient brutalism, and again with some organic elements.

So it all sounds a bit similar to one creative process, for fashion or ceramic.

Yeah, also for music I would say.  It can be a very static and simple sound that develops into depth and intensity and then some natural elements, like synthetic bird sounds for example. I think that’s a way to describe almost everything I do, basically.

How do you feel about your future creating?

Really good, because I believe that I’ve reached the point where I lose myself in something that I genuinely enjoy doing, (I would never work in an office or something along those lines) and finding something that you can make a living from without it feeling like work is very important. Especially in this world that we live in, where we constantly have to do things that we don’t necessarily want to do.

Now, returning to your ceramic project, how do you see it coming, what is it that you are into creating?

I would describe it as an experiment, my main focus is to combine different production techniques and materials to create a series of objects according to my design language which I’ve developed over the years, I also want the actual space to be an invitation to a different perception of reality.

And business-wise, how do you feel about starting a new project, in this part of the world in 2020?

There is definitely a lot of anxiety and doubts because when you see the world burning around you it doesn’t really make sense to sit and make what's probably considered luxury objects, but at the same time, I think you only have two options, follow society and try to create your own bubble within it or become an activist and fight against all the failures of modern society. Personally I don’t think you can do both and be serious about it, anyhow let’s see what 2021 will have in store for us. 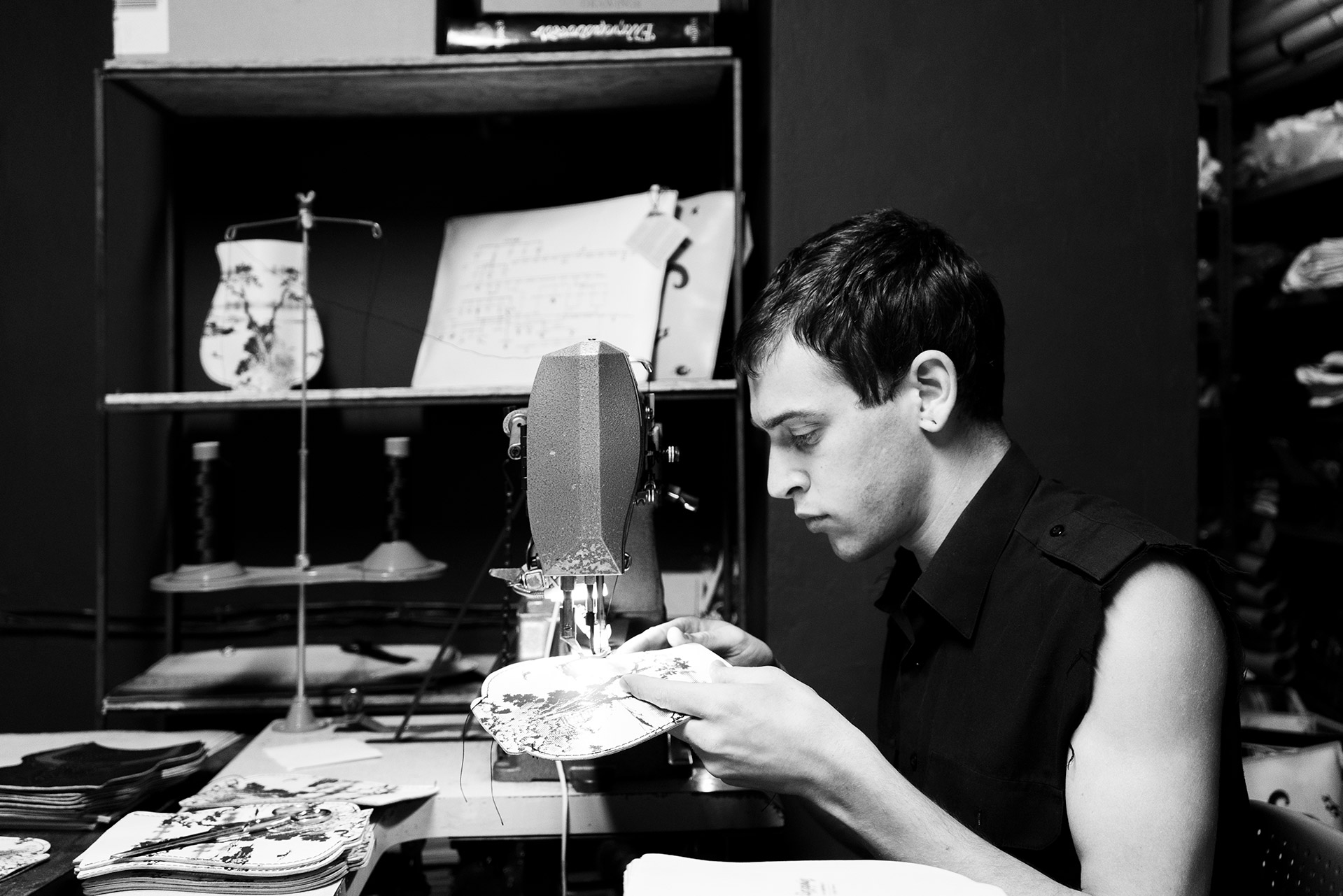 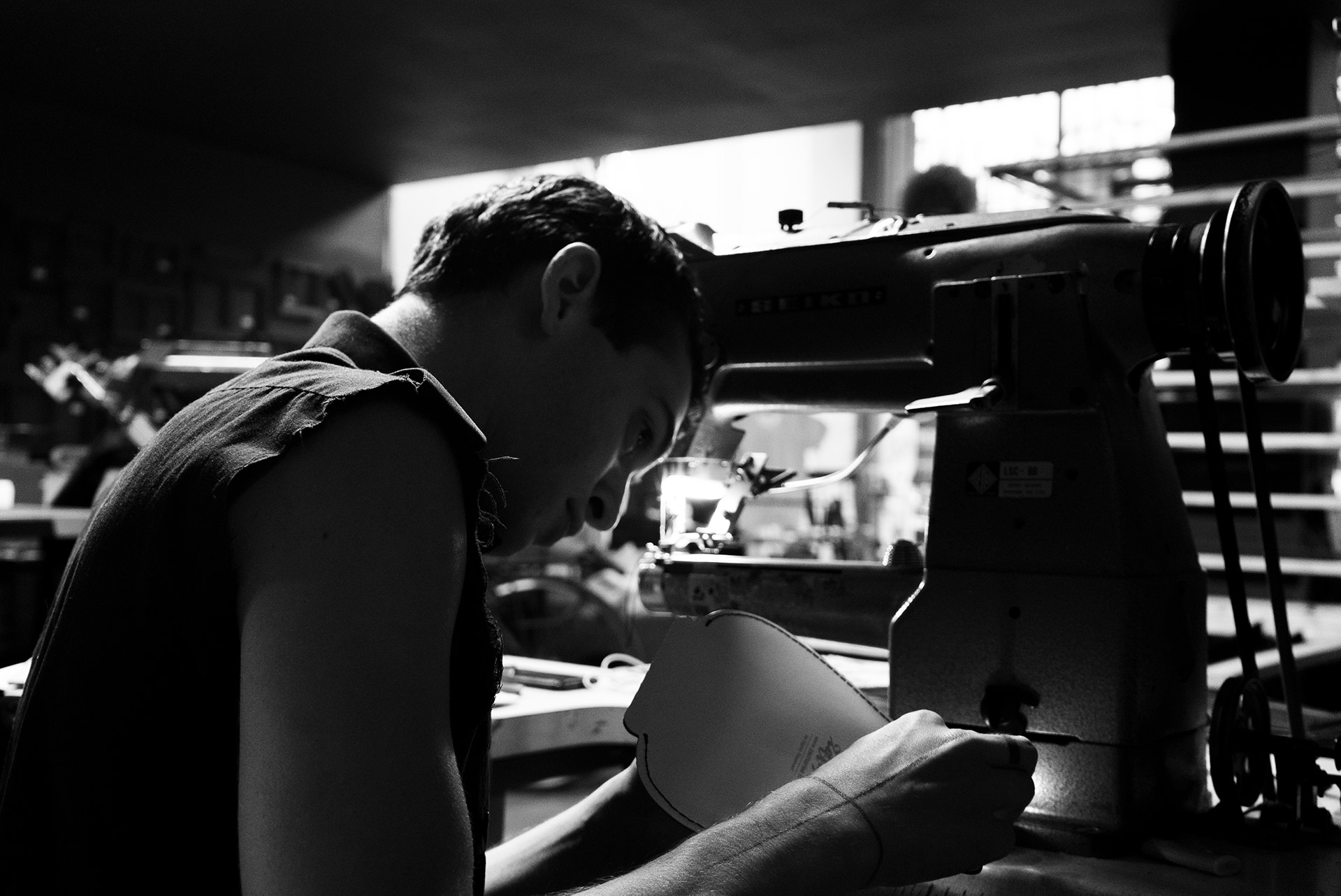 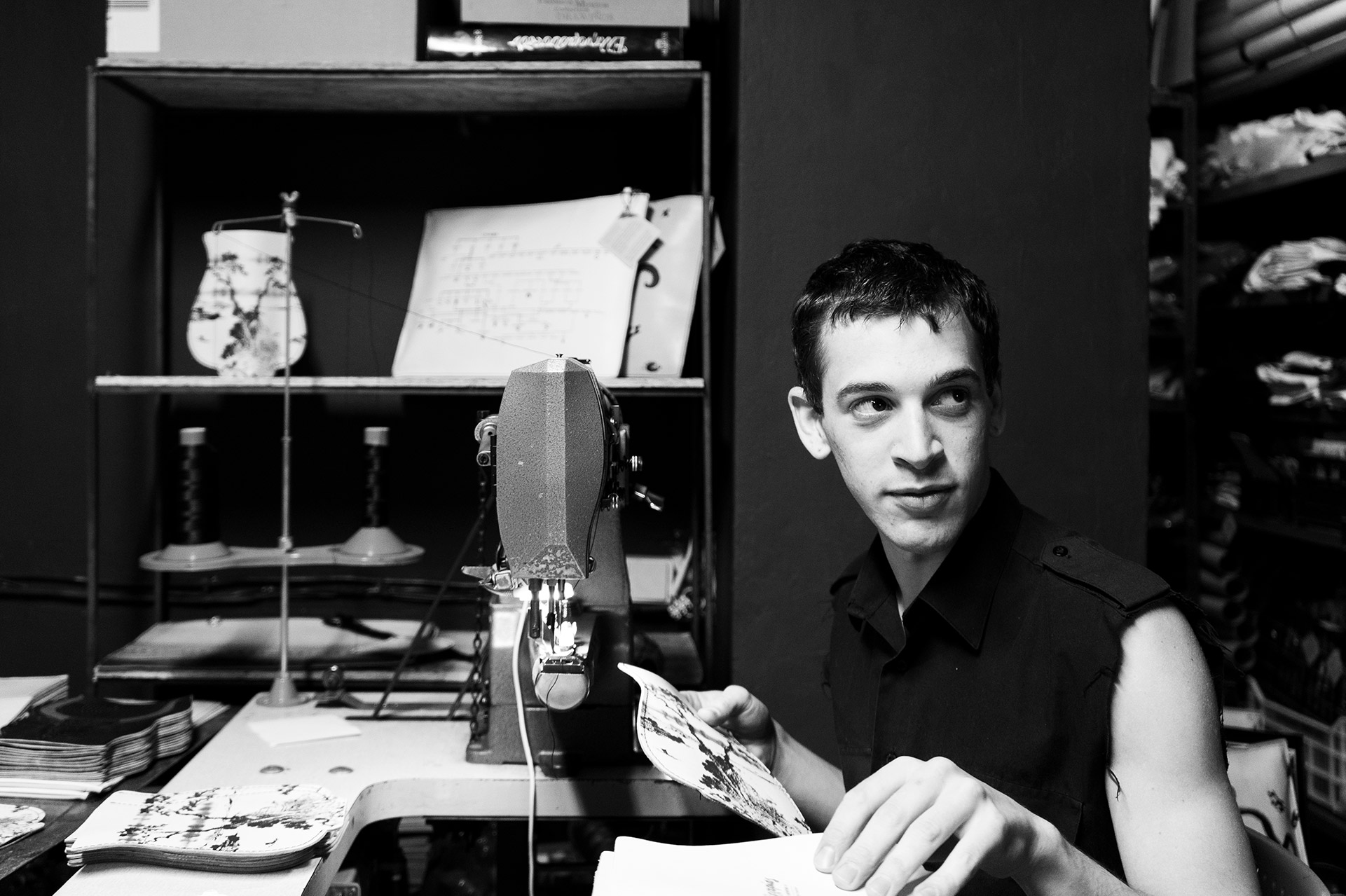 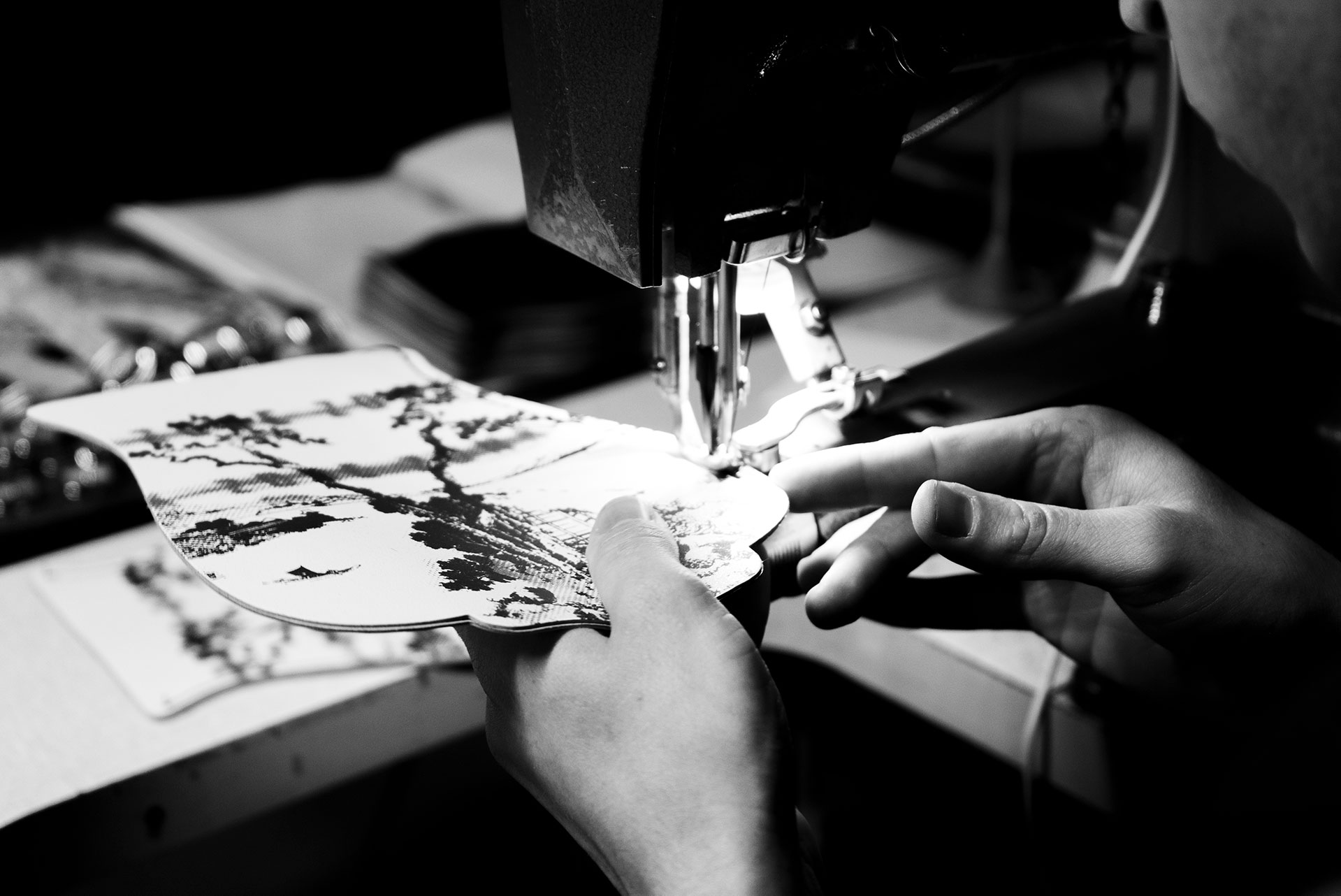